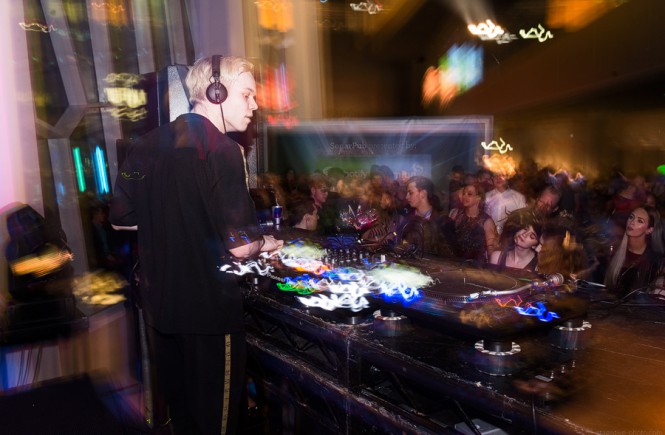 The second day of Sónar started with lots of expectations. But again, the first bands had to face almost empty halls while playing their first songs. The main problem is about the number of people in a big venue. You can´t change the fact that the main crowed arrives at about 8pm and 9pm. But let´s talk about the music first. GANGLY´s show opened the second day of Sónar at Silfurberg. There has been a hype about them since their song „Fuck with someone else“. They played a few songs, soulful electronic pop with the fine voice of female singer Jófríður Ákadóttir who is also known from Samaris and Pascal Pinon. But still some energy from the crowed was missing due to the fact that only a few people participate.

After that, Tonik Ensamble kicked the audiences asses when playing their electronic tunes assisted by a saxophone behind the turn tables in the corner at SonarPub.

In the backround you could hear Halleluwah playing their show at the same time. Their dreamy sound invited you to drift away, only Rakel Mjöll brought you back when she flirted with the audience. They didn’t have any spectacular peformance, but true authentic sound. The well known song „Move me“ finished their set and cleared the stage for crazy Vaginaboys performance.

The good news was: more and more people arrived at Harpa. The bad news was, the people still spread inside the building so there were still half empty concert halls. When I came back to Norðurljós hall it was not clear if Vaginaboys already started their show because the crew gathered around the DJ table and Vaginaboys music was playing in the backround. Anyway a few minutes later they officially started the gig with the mysterious singer dancing all over the stage and the masked crew stood together behind the Laptop. Also a girl was on stage playing the synthesizer. They presented a few new songs even in English language with some disturbing salacious visuals in the back. The crowd, especially the girls, loved their show and went really crazy about it. It reached its peak with the well known songs „Elskan Af Því Bara“ and „Ekki Nóg“.

Afterwards I ran back to the corner to see Futuregrapher who made the audience heavily dancing to his beats. Right after that Kosmodod entered the turntables and immediately made the crowed went crazy dancing to his fine eletronic sound. At this point it can only be said that all following artists – Tandri, Courtesy, BenSöl and Ultraplay really have not been less exciting than the rest of the shows in the huge halls, though it was at the „open“ venue of SonarPub right in the halls of Harpa.

The huge and maybe most awaited act at least of the day was still to come however. At 11.30 p.m. Kiasmos took over at Silfurberg which was almost fully packed at that moment. If you know their sound, you could very well imagine the following. Their deep beats and melodies harmonized perfectly with the spectacular light show and offered maybe the best Sónar Reykjavík moment in 2016 so far. We’re thrilled for tonight if there are any other Icelandic acts that can challenge the Kiasmos party. Úlfur Úlfur might step into that role… 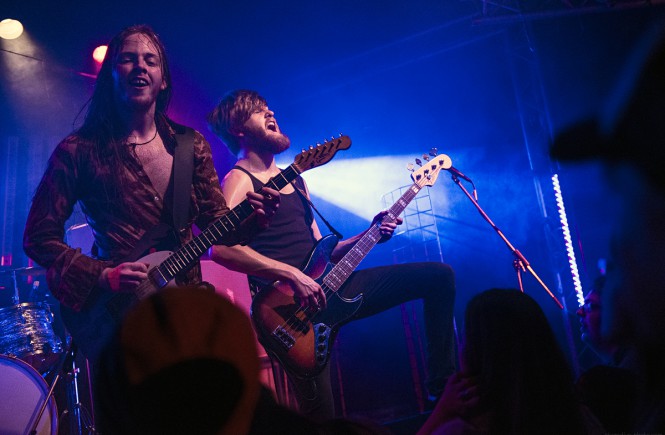