After some badass support acts for bands like Avatarium, Europe or the amazing Blues Pills during the last years, the band is now on their first own headliner tour called “The Beautiful Tour 2016”. And this tour led them within a reasonable travelling distance this weekend – so come on, let’s go!

The club “Der Cult” in Nuremberg usually hosts subculture events and fetish parties. So it somehow is a perfect match for a metal concert. Remotely located in an industrial area, in an old factory building made of brick, surrounded by overgrown fences, the outer circumstances are fitting. Inside, a small stage looks like cuddlesome closeness and good atmosphere.

First to test it is the Norwegian support act Tiebreaker. For your memo: check them out and if they’re playing close to your home, there are no excuses: go get there! The five guys kick ass and are really funny, total commitment guaranteed. Following up, Dead Lord struggles a little to keep up in my opinion though their gig is absolutely solid and there seems to be a good fanbase present in the crowd.

As the Caravan comes along, some people in the audience who came particularly for Dead Lord, might still not guess what will be right upon them in a few moments. Luckily, an opener like “Babylon” instantly answers all questions and everyone’s bawling the refrain. Alex at the bass guitar starts his neck muscle headbanging workout, Óskar treats his guitar like he has never done anything else for half a century and Stefán works his drums intensively. From their two albums “Voyage” and “Arrival” the band has released so far, everything you need for a tight Vintage Caravan evening is on the setlist: the riff giant “Last day of light”, the very danceable “Shaken believes” (or “Chicken disease” according to Óskar) and of course the magic mushroom anthem “Expand your mind”. The light guy adds a nice show and even decorates it with some pyrotechnics. I’ve seen the Caravan four times now during the last four months and if I had the chance, I’d go for a fith time tomorrow. 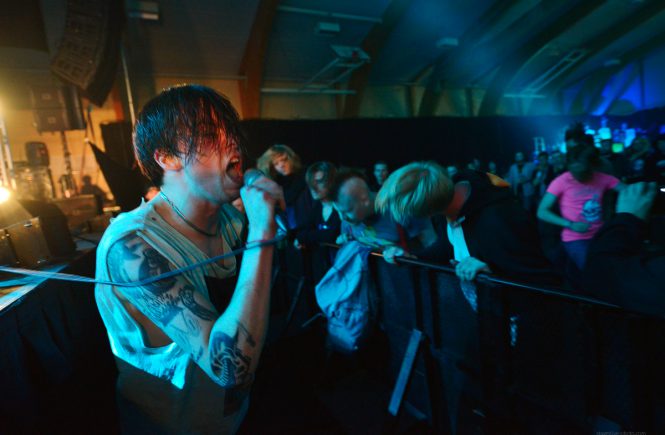 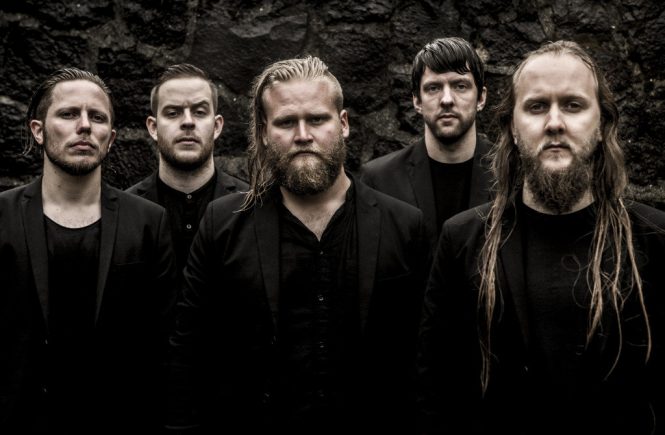