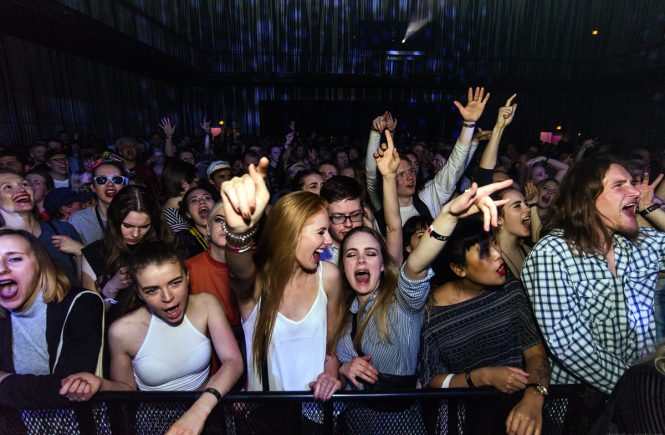 The summer in Iceland is not very hot but the days are endless. Particularly in June, when it stays bright for 24 hours. What could be better than to enjoy good live music during those magical days? The Secret Solstice Festival is being held since 2014. With a mix of established international artists as well as local up-and-coming musicians and bands, the festival provides a wide range of music genres and styles. This year´s big names are, among others, Radiohead, Of Monsters and Men (Iceland), Deftones and Die Antwoord. Sounds amazing? Sure, but still you didn´t know about our insider tips! If you got lucky, holding a Secret Solstice ticket in your hand, we would like to recommend you some hidden gems among artists from Iceland you shouldn’t miss at your Solstice experience. For last-minute travelers, there are still festival tickets and affordable flights available. Be quick!

Hip Hop and Iceland is a never ending love story. One of the people who keeps the story alive is the young talented beatmaker and producer Marteinn. You might recognize him from GKR´s live shows where he usually is doing the beats. Of course you shouldn’t miss GKR at Solstice but I´m sure you already know that. Marteinn is mixing distinctive sounds and striking beats. Every song is a new story with some unexpected developments and elements that pleasures and surprises you while listening. You will feel the sensation after listening to Deepsea, 20×15 and Koli to name a few tracks. Don´t miss Iceland´s favorite beatmaker playing live at Solstice.

Boundary-pushing underground rap with some old school hip hop beats and hypnotizing melodies. The guys behind Geimfarar definitely understand how to mix chilled out beats with Icelandic Rap without loosing the listener´s attention. The lack of understanding the Icelandic language shouldn’t be seen as a problem since every song has the right mood. Perfect for dancing into the midnight sun and chill out.

Maybe some of you remember the debut record of meanwhile world-famous Red Hot Chili Peppers – called Red Hot Chili Peppers. Back then, in 1984, those guys played some really red hot badass funk garage rock, jumped around on stage like maniacs and had a loopy cover for their album, showing a grimacing face among some grafitti-like artwork. Now, in 2016, listen to Captain Syrup from Iceland and have a look at their cover. You recognize some things in common? As for us, we do. The bass kicks like Flea’s and their jam session like style of playing together is amazing. Guess this will be a great set for jumping around – go get it!

And after you jumped around heavily and need some relaxing give einarIndra a try. His beautifully arranged electronic soundscapes wil get you in the right mood to enjoy the never setting midnight sun at Secret Solstice. His pitched, high voice reminds me a little of Icelandic whizzkid Ásgeir Trausti. He is signed under the famous Icelandic electronic label Möller Records and will publish his second album called “Stories” within this month. A perfect opportunity to get to know this great artist and then experience him live at Solstice 2016! 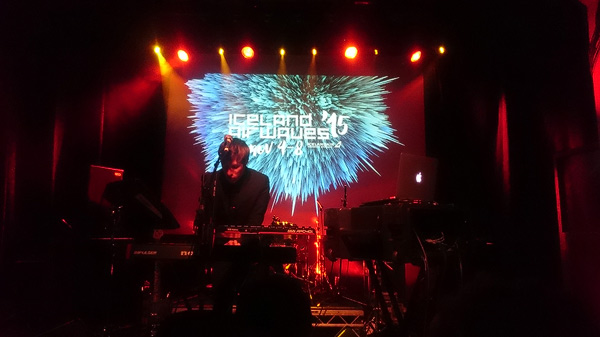